by Spacejock Software
Runs on all versions of Windows, 32- or 64- bit and Wine on Linux & Mac

yWriter is available in several versions:

yWriter6 for Windows Vista (and newer)

yWriter5 for Windows XP (and newer)


Of you might prefer to try Scrivener (not my software, but popular on the Mac)


yWriter5 BETA, yWriter6 and yWriter7 are all identical in operation. They're just compiled for different versions of Windows. (yWriter5 and yWriter6 don't work as well with unicode character sets.)

** Mobile versions of yWriter are designed for editing your PC projects on the go, using Google Drive or Dropbox.

Please update to yWriter 4 or 5. yWriter 3 is no longer supported or updated.
3.1.2 Added error-handling code to the project settings form
3.1.1 Added error-logging code to the character listing
3.0.98 Several tweaks and fixes
3.0.87 The printer dialog will now show on systems with only one printer
3.0.76 This version updates all your scene files, allocating them to the correct chapters on load instead of relying on the data in the scene file.
3.0.75 Couple of bug fixes
3.0.68 This version is much stricter about not saving projects in the same folder.
3.0.67 Fixed the split on * * * and also fixed the display of beginning/middle/end chapters
3.0.65 Added a button to the editor so you can access and change scene details (hours, etc)
3.0.54 Only one instance of yWriter3 permitted to run. Prevents data loss when opening same project twice.
3.0.51 In the .48 release the scene editor was showing the incorrect viewpoint character
3.0.48 Fixed a bug where characters could get muddled up
3.0.44 Rewrote the search routine so it displays the correct results
3.0.41 Preview window on the main screen now uses the same colours as the editor window
3.0.38 Fixed a bug when deleting characters
3.0.33 Now imports ALL characters & details from YW2 projects, including those not used in scenes
3.0.4 First BETA release. Only use with data you're happy to lose!


Why is my software free? 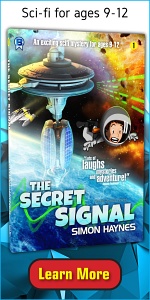